They approached us to to create the centrepiece: a life-size animated version of the Ghent Altarpiece. They provided us with a ton of fun facts to go wild with. We converted these in 3 minutes worth of gags. So behind every graffiti-spraying skater, rapping angel or rain of blood there’s a surprisingly historically accurate backstory. 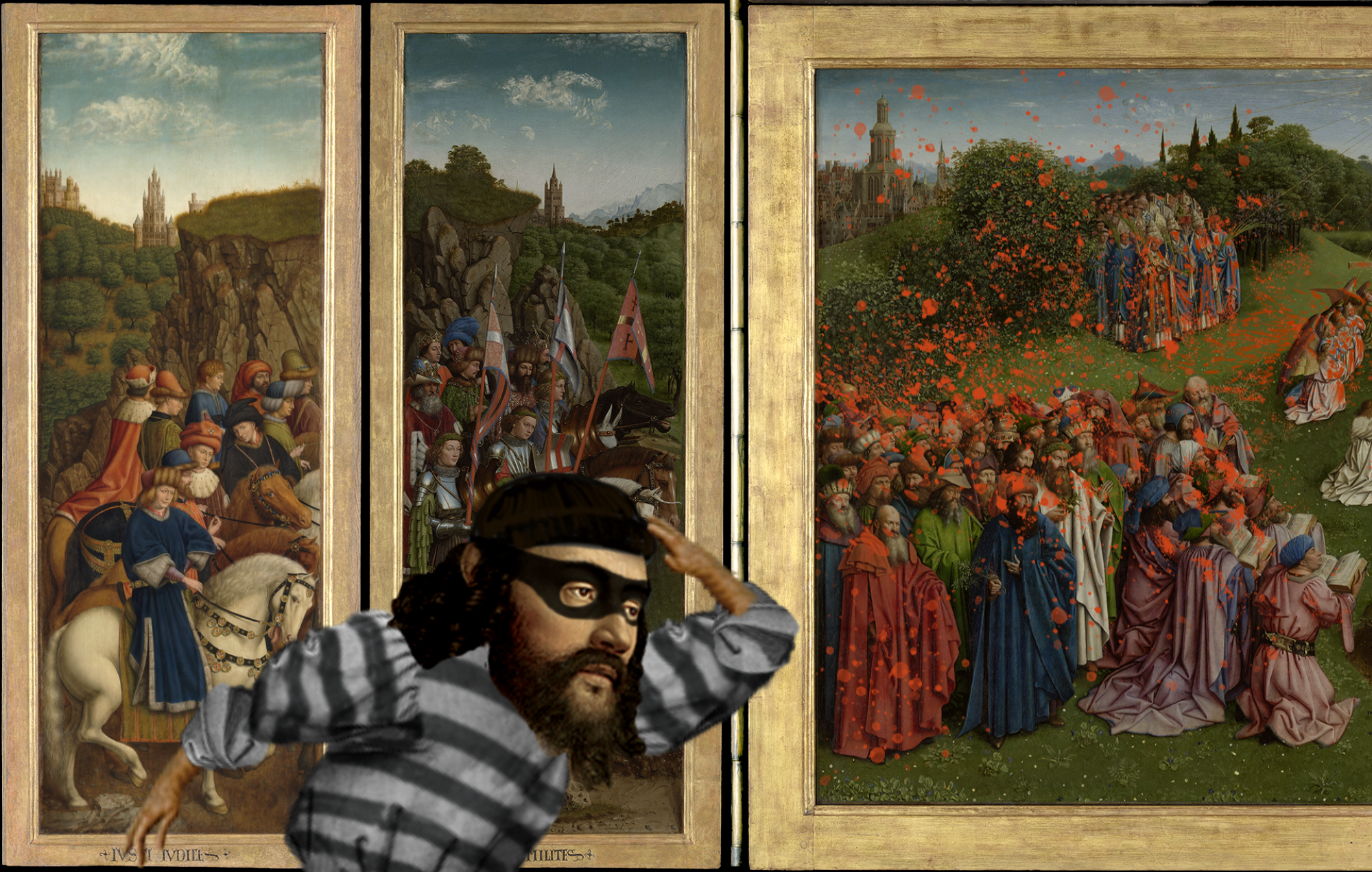 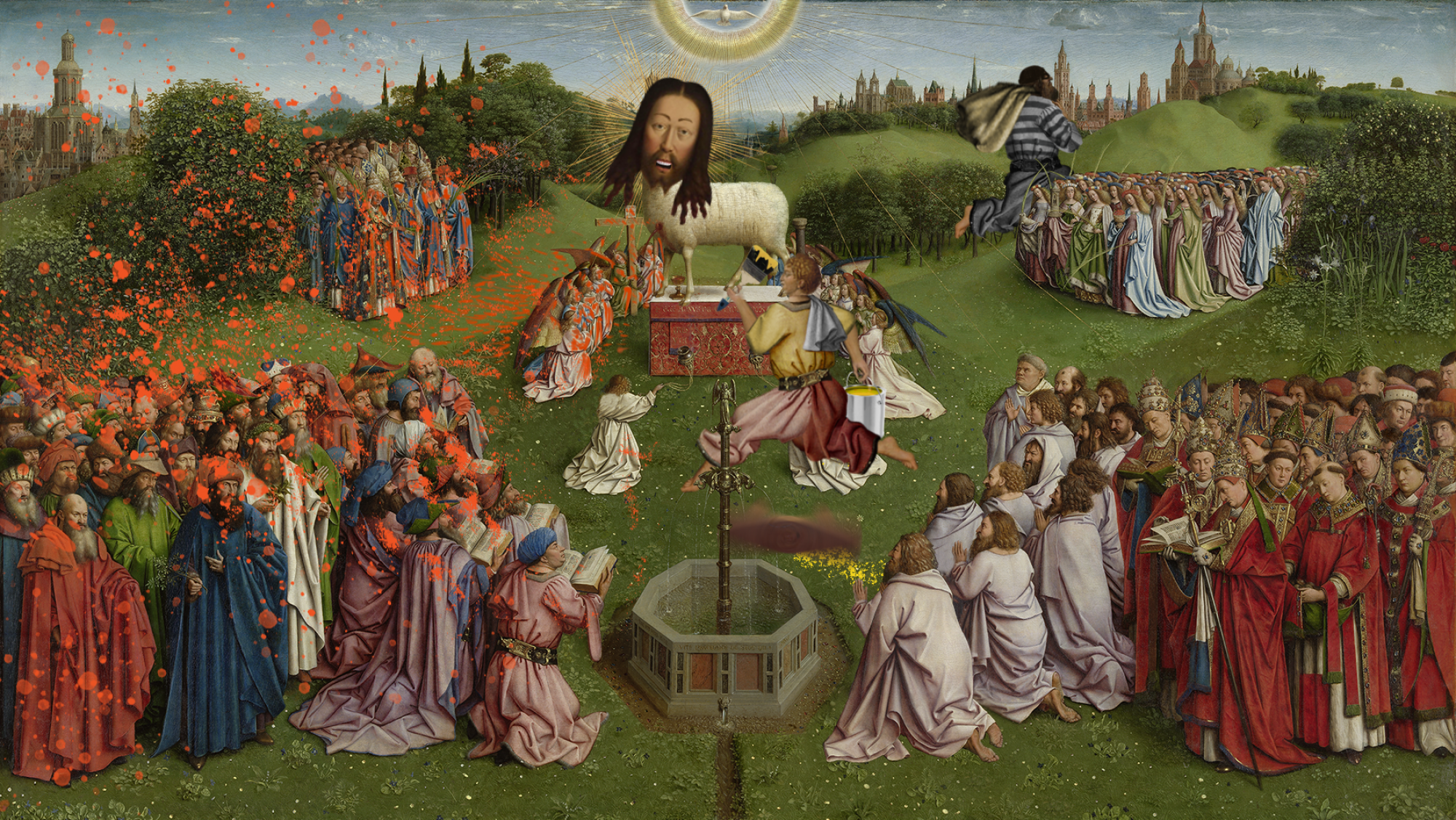 Why was the Ghent Altarpiece so important?
As the defining monument of the “new realism” of Northern Renaissance art, the Ghent Altarpiece (Cathedral of Saint Bavo, Ghent, Belgium) was regarded as both the foundation of a distinguished tradition, and an exemplary achievement to challenge all later artists. 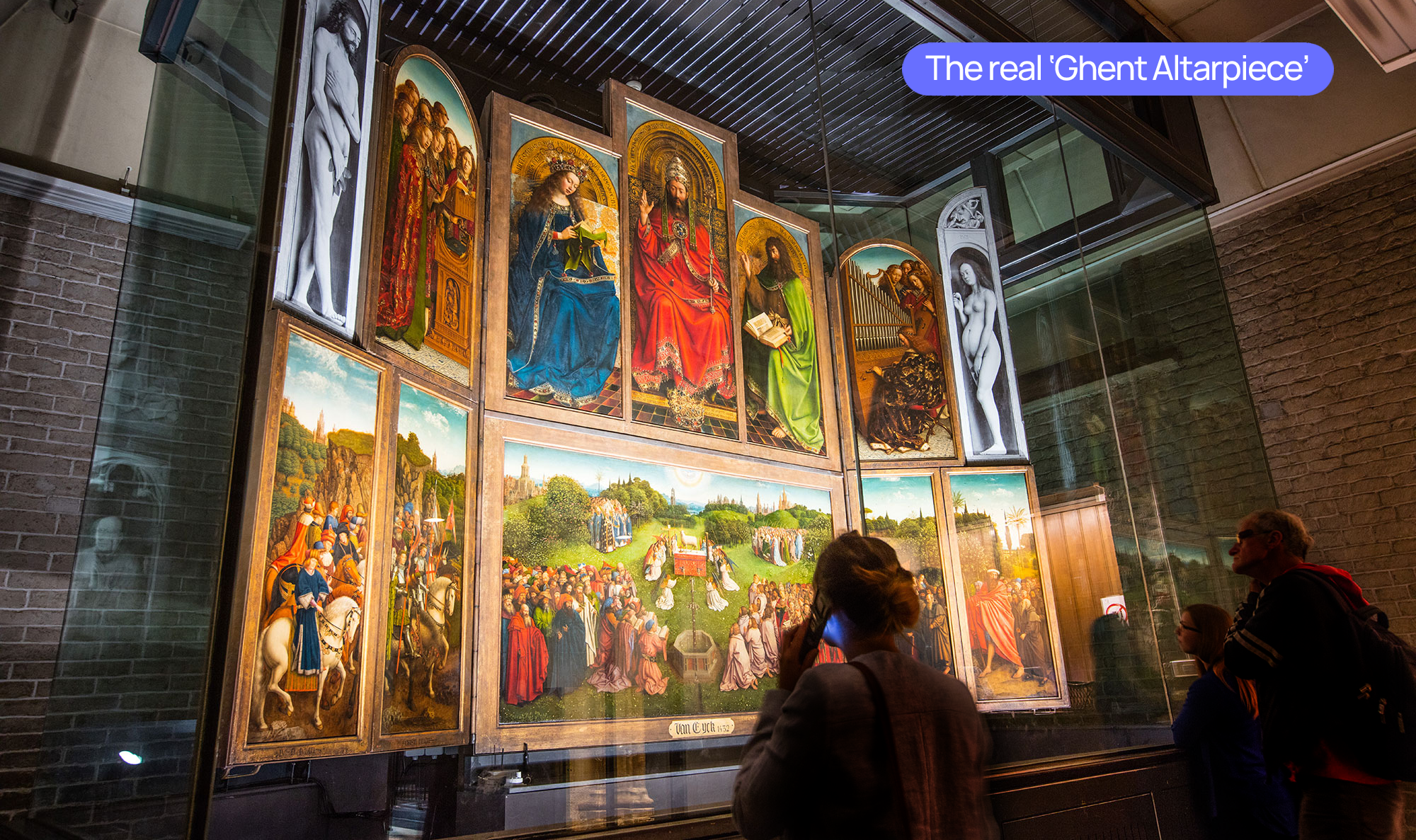